As most are well aware, this past year has been crazy in the housing market, with sustained demand and lower and lower inventories continuing to squeeze prices upwards. Multiple offer scenarios are frequent, and one wonders how long rising prices are sustainable. At this point, even a minor increase in the still historically low interest rates may make a house unaffordable for many buyers.

This article in the New York Times caught my eye and sparked this post. I have felt bearish lately with regard to the US housing market, and the article does nothing to alter my anticipation of a housing market correction sooner than later.

How soon and to what degree that will occur is the question. I found a chart from the Mortgage Bankers Association showing loan delinquency rates over the past 15 years. The thing that catches my eye here is that the rates of delinquency are even higher than in 2009-2012 for FHA and VA loans. As the NY Times article says, about 2.6 million homeowners with government-backed loans are still in forbearance, and it’s hard to know how many of these will be able to recover once forbearance ends, rather than sliding into foreclosure. Federal support may help some homeowners avoid foreclosure, but how many? 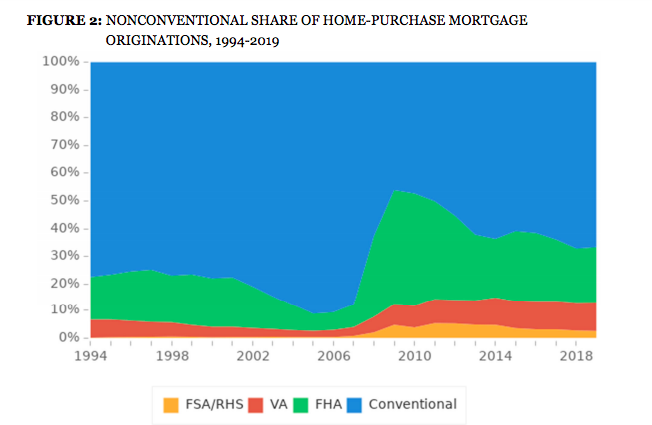 In my opinion, the fact that FHA and VA loans are now a much larger percentage of total loans, with much higher delinquency rates, increases the chances of a correction once foreclosure moratoriums cease.

As the NY Times article notes near the beginning, "the housing market — which can defy basic laws of economics even in normal times — is acting very, very strangely.” And towards the end, from Moody’s, "I don’t think it’s red flares; I think it’s yellow flares,” Mr. Zandi said. “But if we have another year like we had in the past year, we’re going to have a lot of red flares going up.”

Now that I have taken a closer look, I feel that my bearish instincts with regard to the near future for the overall housing market actually have some basis in fact. How it plays out remains to be seen.

If you need a professional to look after your real estate needs in Northwest Florida, please feel free to email us at realestate@nextstopparadise.com, or call 888-332-5553.

How can we help you?

For ADA assistance, please email compliance@placester.com. If you experience difficulty in accessing any part of this website, email us, and we will work with you to provide the information.
Next Stop Paradise Team since 2011

Sign Up
Already a User? Sign In
You have been successfully registered
Please check your email.
Go to the homepage
Sorry something went wrong
Please try again.
Try again